Those wee rascals made it all the way to Vancouver and sent me a lovely postcard of their travels today, ohh how it made me smile!

Hope to receive another one soon…!

This is hilarious, watch and enjoy!!

I have just got back from a trip to Hungary and Serbia. Before going to a wedding in Serbia we had a few days exploring Budapest. We stayed on the Pest side of the River Danube, there were far more sights, bars and we could easily walk everywhere so no need to figure out the tram or underground system. If you ever go you must search out the bars located in kerts (courtyards and gardens) which are dotted around the city in old run down buildings. These bars are hidden gems and when you do finally find them they are well worth the effort. 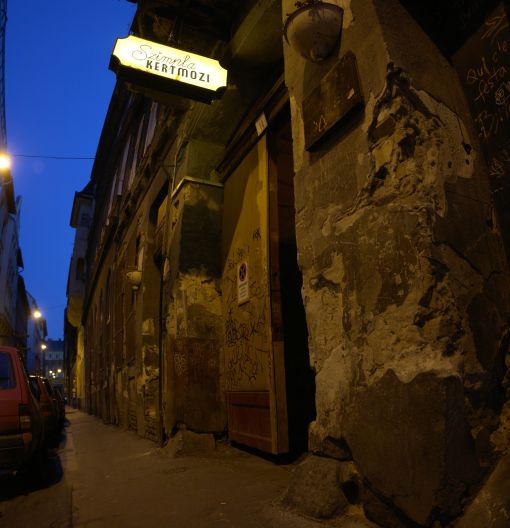 Szimpla is in Budapest’s Jewish Quarter and is one of the longest running kerts, as development has forced many of the  kerts to close. The owners have developed it into an outdoor cinema, bar and cafe with music events and film festivals. I loved this place, there was no pretence in the styling of it unlike many of the bars here in Edinburgh and the atmosphere had a relaxing midweek tone about it. Each room had its own theme and decked out with quirky chairs, baths made into sofas, old computers and radios hanging off walls, gymnastic horse blocks and most importantly drinks were cheap! The courtyard was buzzing with all sorts of people, although you could spot the Brits a mile off and in the winter months a roof covers the area so that the outdoor space can be used all year round. 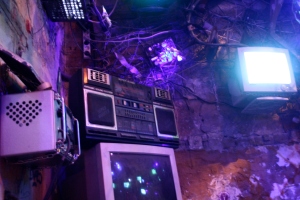 Yes it may not be everyones taste but coming from a world of monotonous so-called ‘trendy’ bars it was very welcomed site to visit these eclectic kerts and definitely a highlight of the trip.www.szimpla.hu/

Another must is a bar on the roof of an old Communist department store called Corvintető. To get up to the club you can take a lift up with a guy wearing a tuxedo who sells miniature bottles of jagermeister and other spirits which I thought was a nice wee touch. The lift was decked out with chairs and benches to sit on while you are taken skywards to the busy club. Unfortunately we went on a really quiet night so can’t really say what it was like but I imagine sitting out on the roof terrace in the evening sun is bliss… 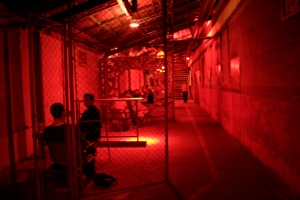 Finally Instant Kert should definatly be visited, its very similar to Szimpla with various rooms leading off the main court yard and a number of bars around the buldings over looking the kert. 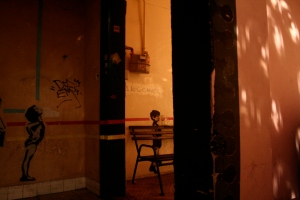 Here are some new dolls I have just made…

They are off to Vancouver with my brother tomorrow , Bon voyage mes petits monstres!

There was an error retrieving images from Instagram. An attempt will be remade in a few minutes.